By Deborah A. Morrison

A love story for a New Earth! SERENDIPITY HAPPENS takes you on an intense, unique epic journey of psychological suspense, deep insights and extraordinary romance beyond your wildest imagination!

By Deborah A. Morrison

Is a fascinating compilation which highlights many important aspects of life, and the knowledge contained therein is reflective of the ever changing world in which we live. Each page is overflowing with a diverse spectrum of philosophies, theologies, and more, together with perspectives from sociological to western thought, eastern mysticism and new physics. You will learn how your life will be enriched when you come to know the importance of finding your center. 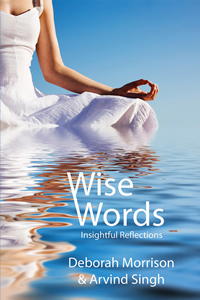 Deborah Morrison and Arvind Singh have done it again! The co-authors have created a new enlightening book, fresh on the heels of their highly successful The Law of Attraction Making it Work for You!... Wise Words, offers the authors' own compelling thoughts, experiences and stories interwoven with the inspiring stories and thoughts of others, including truly enlightening quotations and expressions from some of the world s most influential thinkers of all time. All of this is of tremendous value to readers seeking to broaden their own appreciation and understanding of themselves and the world around them. Wise Words is more than mere food for thought it's an absolute feast of insightful reflections.

Law of Attraction: Making it Work for You 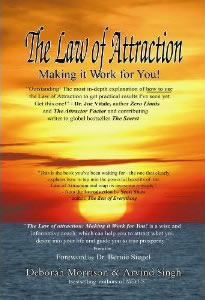 "Can Logan Andrews exorcise inner demons propelling him to self-destruction before it's too late? In a vivid dream, Logan is guided to a spiritual retreat where he meets his lost love, Sarah, along with an arrogant millionaire, a grandmotherly woman and two insightful teachers. Problems soon emerge for Logan and others at the retreat. The depth of character's experience makes NEXUS a journey of transformation... and a compelling and captivating read... one of the most unusual novels ever written." - Michael B. Davie, The Late Man